I called up my friend Lisa and asked her “So what’s the plan? Where do we go first?”

And she didn’t seem to understand the meaning of plan. “We just go where we feel like.” she said. Let’s book the tickets, the rest we’ll take it as it comes.”

“We’ll take it as it comes!  What was she thinking?” I thought to myself. I panicked instantly. I’ve always planned a rough itinerary for every holiday. Here I didn’t even know if we were going to go to North Vietnam or South Vietnam until exactly 2 days before the trip!

I did my research anyway and found out that it was extremely unsafe to cross country borders in Thailand, Laos & Vietnam through land border crossings. Many travel forums had gory tales of people who spent hours at the border, trying to cross over, like refugees.

Why would any sane-minded traveller do that I thought to myself. Yet there I was - making plans for land border crossings across 4 countries! 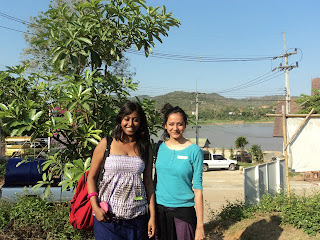 Crossing over by land and water from North Thailand into Laos

My dear mate Lisa had decided that we should skip the expensive flights and cross over by land. She wasn’t going to change her mind despite the warnings, so I decided to go along.

We started our trip with a missed flight. What a start!

The plans we made were now out of the window. So we made an alternate route plan right there at the airport!

Instead of Vietnam we decided go to north Thailand instead. Thailand wasn’t even on our itinerary! Damn. This was going to be fun I thought. At least we have one more country to roam around.

Thank God for visa on arrivals. Thai baht in hand, we set out. We stayed at a Backpacker’s Hostel and roamed the streets of Chiang Rai like we owned it, literally. We gate-crashed a school’s function for the heck of it, chatted up monks and hitch-hiked rides to the places we wanted to go to. Thailand & Laos went by like a dream. Plates of yummy khow suew and Thai curry, shopping, lot of sight-seeing and chilling.

The real adventure started when we were about to leave Laos. 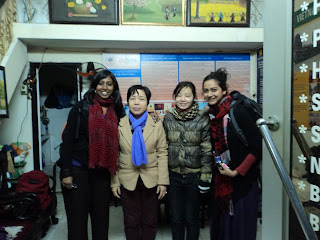 A ten hour ride in a rickety bus brought us to the border of Vietnam & Laos. I woke up all sleepy-eyed at 7 am and stumbled out of the bus to the visa check-point to get my visa stamped.

Every single person on the bus - forty in all, got their passports stamped and went ahead, except me!
I stood there dumb-founded.  After 15 minutes of explaining to the Vietnamese official that my visa was indeed valid, I gave up. I was more shocked and scared than angry. “This is not happening just to me, no!” I panicked.

I was standing in no-man’s land - the little patch between the Laos and Vietnam official borders.  I had to go back to Laos and fly in to Vietnam as the visa entry point printed on the visa letter was through an airport. I bravely told Lisa to go ahead and I would connect with her in Hanoi, Vietnam and regretted it later.  That one day and night when we were separated felt like eternity.

I travelled on a cargo bus with illegal immigrants who didn’t understand a word of English, drank water from a stream by the road and slept on the road – all alone. This wasn’t the kind of trip I had signed up for I was thinking to myself. 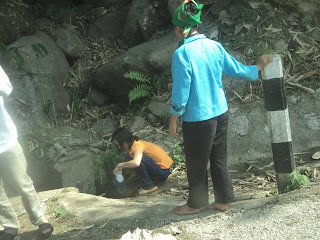 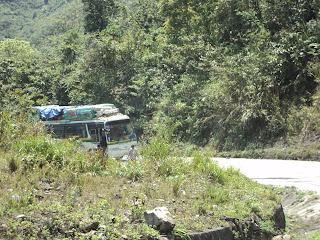 The cargo bus I was on, that refused to climb uphill and threatened to topple over!

The next day when I was re-united with Lisa, we both hugged and had tears in our eyes. When she told me that she hadn’t gone out sight-seeing and stayed in all day in the dingy hotel room waiting to hear from me, I knew that Lisa was going to be my friend for life.

The next few days, we travelled across Vietnam. We were faced with people who wanted to fleece us, 10 degree cold and damp weather, unappetizing food and 30 hour bus rides. It would have been easy to get crabby and let tempers flare. We had to make joint decisions about where we wanted to go, but we always let each other do our own thing. I even walked into a pub all alone for the first time when my friend wanted to sleep in.

After all that we had been through, anyone else would either gotten bossy, freaked out and worsened the situation, blamed the other person or broken out into a fight.

We had none of that. We were happy, almost like a trance.

It was like sweet tango. When she led, I followed. When she couldn’t handle it, I stepped in and took over.  No surprise that despite the cold rain beating down and the constant haggling with locals, we still laughed our guts out after every situation.

We were stupid at times, penny-wise but pound-foolish. Yet we had the best time ever travelling on a shoe-string budget. Who said you need money to travel, all you need is a travel friend. 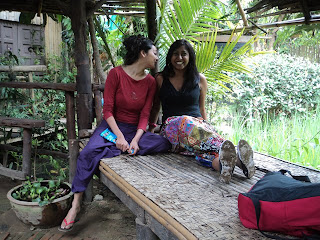 7dayholiday
I believe in one world and one love. I like to see the world through different lenses.